a series of interviews 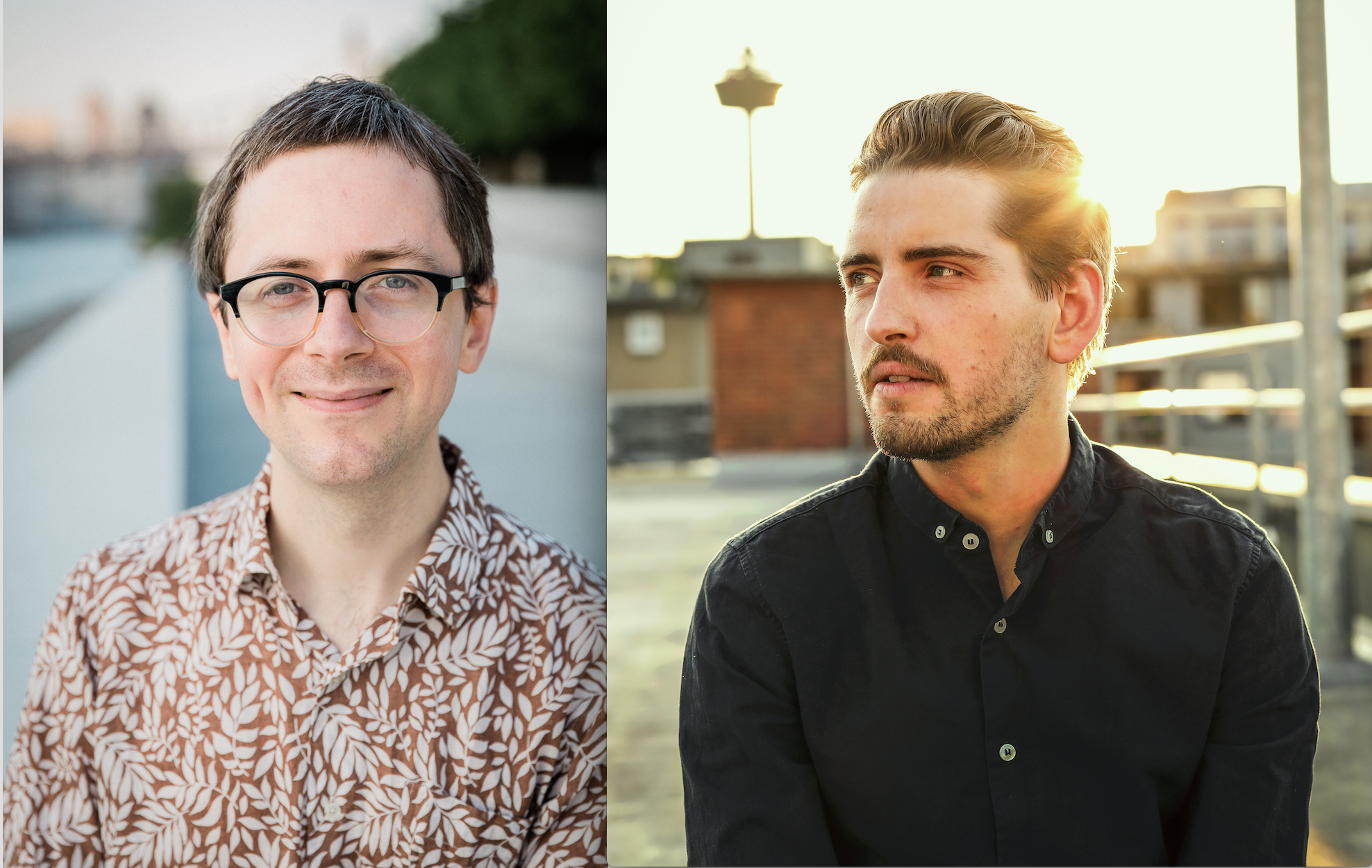 Who doesn’t love Thomas Morgan‘s playing? To me he’s one of the most innovative bassists or our time, a master improviser! I love his playing on records by Masabumi Kikuchi, Paul Motian, John Abercrombie, Nelson Veras, Jakob Bro, Bill Frisell, Dan Weiss, Jim Black, David Virelles, Ron Miles, Craig Taborn, Tomasz Stanko, Jen Shyu and many more. Always inspiring to hear him play! I’m very happy he agreed to do this e-mail interview with me. Enjoy!

Pablo Held: It seems to me that you have an impeccable connection between your ear and your instrument. Everything you play feels so honest and true. No wasted note, it feels compositional and yet totally spontaneous, in a kind of apropos manner, never predictable! In which ways did you work on archiving this connection, being able to play the stuff you hear inside yourself?

Thomas Morgan: That’s the kind of connection I aim for. When I play I try to be aware of whether my attention is fully there; if I realize it isn’t, I pause or simplify my playing in order to take the overall picture in and be ready to hear the next note. Making that a habit can help, I think. Besides that the kinds of preparation that help me most are listening, transcribing, studying counterpoint, and taking every opportunity to play with people I’d like to learn from.

Pablo: Could you tell me more about your study of counterpoint?

Thomas: Mostly I’ve studied Fux’s classic: Gradus ad Parnassum (1725). The exercises made it easier to imagine parts combining without hearing them played, and sometimes to see ahead a bit or at least to have an idea what note might open up more possibilities. All of those skills are useful when you’re improvising in a group. I didn’t finish the book, though; talking about it is making me want to get back to it.

Pablo: Is there a steady practice of yours that you always do to connect to the instrument, even if you only have a short amount of time available?

And furthermore what are you working on right now specifically?

Thomas: No steady practice. Usually I’m getting to know a new bass, finding notes or registers that need special care and looking for what can be done with them.

I have phases of working on different things, but right now I’m mainly listening to music for upcoming gigs. That kind of fits into my overall pattern: I tend to work more on what I can hear than what I can do on the instrument.

Pablo: What did you learn from playing with Masabumi Kikuchi? Can you talk about the process of recording the „Sunrise“ album? It’s a very special record for me, I love the vibe you guys created together.

Thomas: I was lucky to know Poo (that’s the nickname he went by). One thing he taught me was how much one moment can shape the unfolding of an improvisation. I felt I had to learn to focus on each note to play with him, because the music could go anywhere in an instant.

He always wanted the bass at the left side of the piano keyboard, and that was true on the Sunrise session. But Paul Motian was in another room and Poo didn’t use headphones! That made me think their connection went beyond hearing.

Pablo: Wow! That’s wild, I wouldn’t have thought of that – amazing! I suppose he was somebody who didn’t talk about music much, or would he sometimes give advice or talk about specific things he wanted in the music?

Thomas: At times he talked about how he valued dynamics in music, which he meant in a wider sense than usual: not just quiet and loud, but also changes in rhythm, harmony, timbre, etc. And when we played at his loft, we’d record and always listen afterwards. One reason was to make adjustments in the mix, but sometimes he’d point out tracks or sections of tracks that he liked. Or occasionally he’d get frustrated and call off the session. I never knew him to be analytical or prescriptive, though.

Pablo: How about Paul Motian then? Did he give specific notes or advice during touring or recording?

Thomas: I don’t remember him doing that, except instructions about the arrangements. But you could feel it sometimes when he wasn’t satisfied with the way the music was going, which I think made everyone want even more to do the best they could.

Pablo: You guys had such a unique way of playing together, I think you really got stuff out of him that not many people could. How did it feel to play with him?

Thomas: His clarity and focus heightened everything. The feeling you get hearing the sound of his hi-hat on a ballad up close, for example, is unforgettable.

Pablo: Can you talk about some of the ways you worked on your rhythmic flexibility? I’m in awe of our freedom in rhythm, it seems like you could go anywhere at any given moment.

Thomas: I can give an example: in college I heard Indian classical music for the first time and became aware of polyrhythms like 5 against 4. To practice them I got together with a drummer, a schoolmate. I wrote bass lines on Bye Bye Blackbird in 5/4 and played them while he was playing in 4/4. We’d switch roles every chorus and keep playing for a while. As the polyrhythm became more familiar, we could start to make variations and improvise.

Pablo: Where are the origins for your wonderful diversity in sounds and textures? To me, every note you play sounds very different from the preceding note, like every note has a life of its own, yet you don’t abandon the cohesiveness of each line.

Thomas: I’d list Billie Holiday, Mabel Mercer, and Lee Konitz as big inspirations in that regard.

Pablo: I remember a long time ago you had a beautiful tune on your MySpace page that I used to listen to on repeat. It was a song where you played the guitar and sang lyrics in Esperanto, I loved that song so much. Can you tell me about where the inspiration came for that song?

Thomas: That song is called Mia Penso (My Thought). The words are by L.L. Zamenhof, the creator of Esperanto, and it’s basically about his hopes and fears as he was preparing to publish his first book and introduce the language to the public in the late 19th century.

João Gilberto is a big hero of mine and I was listening to him a lot at that time, especially the album “João Gilberto en México”. In the days before composing and recording Mia Penso, I was practicing the song Falsa Baiana from his 1973 white album. So he was a big influence.

Pablo: Oh yes, there’s so much to learn from João. That white album is also one of my favorites, I’ll check out the one from Mexico for sure. Now that I’m revisiting „Falsa Baiana“ it reminds me how João’s thing is so rooted in relaxation and it seems to me that this is the case with you, too. Is there a story behind your relaxed way of approaching the instrument? Nothing seems stressed, as if you’re only using as much motion as what is needed for the exact thing your playing in any given moment.

Thomas: My cello teacher talked about economy of motion being an important principle. I think it not only allows for facility on a technical level, but also strengthens the music by keeping inessential motion or notes from distracting from it. Of course, judging what’s essential is a very personal thing and it comes down to temperament.

Pablo: Could you maybe go into what your specific learning temperament was or how it developed throughout the years?

Thomas: I tend to get obsessed with something for a period of time. When I was starting to learn the bass, my focus was listening to Ray Brown, followed by Charlie Parker, Wes Montgomery, and Keith Jarrett, for about one year each. Then starting in college my interests became a bit more numerous and overlapping, with Billie Holiday, Lee Konitz, Glenn Gould, and Bach, to start with. Those periods of maximum intensity gradually shortened. I’m not sure if I’m answering your question, though.

Pablo: I can relate to this obsession you’re talking about very much, it was the same for me. I guess my question regarding that temperament is how you deal with that obsession then. What is your learning process or what are the different steps of getting to know something when you’re focusing on something in that manner?

Thomas: Especially early on, my learning process was listening to as many albums of the same person as possible, focusing on a few of them, and transcribing some parts. Usually not practicing the transcriptions, because for me the ideal is to have the sound in your head pretty solidly but not in your fingers. That way while you’re playing you have to figure out how to translate it to your instrument and to the context at the same time, and that necessitates some degree of creativity.

Pablo: How do you deal with having a bad night, or a musical situation that isn’t happening for whatever reason?

Thomas: I try to return to a more focused position–which could be playing the music as written, further simplifying it to what’s most essential, or simplifying or structuring an improvised idea. The purpose of that simplification is to have space to hear what else could be added; and if the band isn’t together, to give the other musicians a reference point that’s easier to come to or play against.

Pablo: Can you name a couple of recent sources on inspiration for you? Could be records, books, movies, etc. What are you checking out at the moment?

Thomas: Here are a few recent ones:

Paul Motian Trio – I Have the Room Above Her

check out my music HERE